Dr. Emmanuel Nogueira attended the Federal University of Ceará (UFC), graduating in 2013 with a medical degree. Following that, he became a fellow at the Federal University of Ceara of Scientific Initiation in Liver Transplantation, and completed both his general surgery at the Onofre Lopes University Hospital of the Federal University of Rio Grande do Norte, Brazil, from 2015 to 2017, and his medical residency in digestive tract surgery at the general hospital in Fortaleza, Ceará, Brazil, from 2017 to 2019. Serving as the team surgeon for the liver transplantation program at the General Hospital of Fortaleza and So Camilo Hospital in Fortaleza, CE, Brazil in 2019, and as the project leader at Sao Camilo's Hospital, a pioneering operation, for two years while carrying out roughly 40 liver transplants, he has plenty of experience performing and mentoring clinical research groups with great success. In 2020, he started a master of  science degree in transplantation at the State University of Ceara, focusing on research in organ preservation.  Dr. Emmanuel Nogueira not only has a remarkable medical past, but he also continues to pursue an ongoing education and professional development with the Toronto Organ Preservation Laboratory.
​ 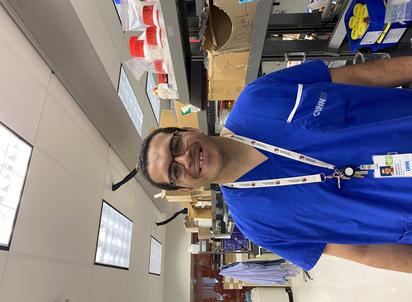